For more than a half century, THE KENNEL CLUB OF BEVERLY HILLS has been one of the world’s most recognizable and most prestigious kennel clubs. Established in 1965 and originally incorporated by the prominent attorney John O’Melveny of the Los Angeles Law firm of O’Melveny & Myers, KCBH has made its mark through the years in producing its popular and successful dog events.

A member club of the American Kennel Club, its two annual shows attract top-rated dogs, their owners and handlers, and judges, as well as international visitors. A not-for-profit organization, KCBH touches on and influences many audiences through its community activities that promote interest in dogs, responsible dog ownership, and canine health and welfare.

The all-breed dog shows presented by KCBH function as a special opportunity to celebrate dogs and the roles of dogs in our lives, helping dog owners and families find the right dog for their families and their lifestyles. In addition, each KCBH show becomes an event within the community, attracting local residents, businesses, and civic organizations.

There are 90 million dogs in America, which means, of course, that there are a lot of dog owners in California alone. U.S. pet owners spend $72 billion to support their pets (per the American Pet Products Manufacturers Association). The Kennel Club of Beverly Hills has as its mission the health and wellbeing of all dogs and supports that through its public presence. 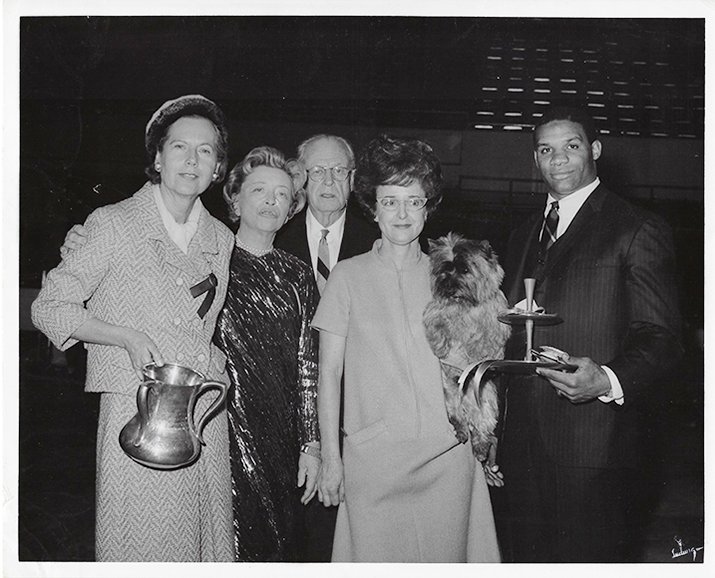 The Kennel Club of Beverly Hills logo and insignia comes from this statue, which stands in Beverly Hills Park (on Santa Monica Boulevard between Canon Drive and Crescent Drive). The Save Outdoor Sculptures survey conducted in Los Angeles in the mid-1990s reported that the statue had been purchased in France and brought to this country by a pioneering Beverly Hills family to memorialize their son who died in the battle of Chateau Thierry.

For more information about the statue, see “Hunter and Hounds” in the ABOUT KCBH tab on the home page or in the press kit in the Media Center 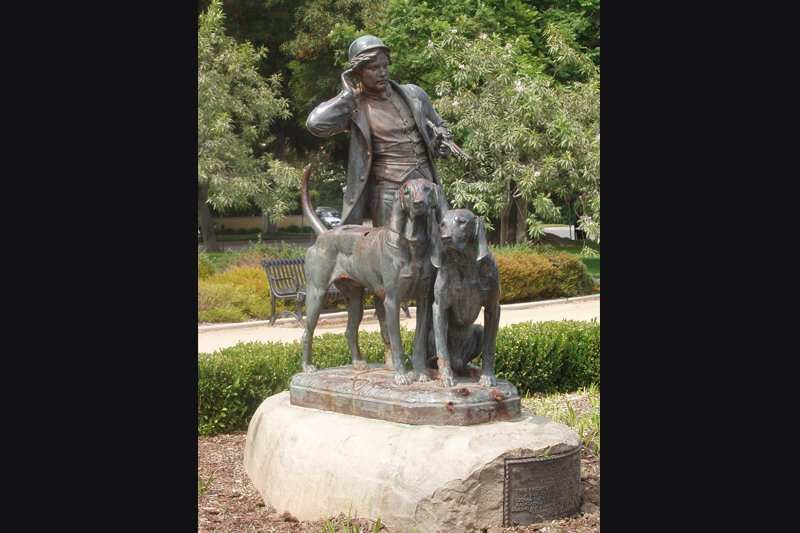 Would you like to get involved with dog shows?

WE WELCOME ALL VOLUNTEERS